When do you use it?

With the advent of the big data era, data analysis is becoming more and more important to people. We use scraping techniques to collect vast amounts of data.

For example, scraping can be used when it is difficult for humans to collect data such as collecting information on weather forecasts, collecting stock indexes for stock price forecasts, and price comparison for marketing.

Precautions and countermeasures for scraping

In most cases, web scraping is not illegal. So under what circumstances does web scraping carry legal risks after collecting data?

Extract data about once every 3 seconds so as not to load the server. You can set a delay time on the ScrapeStorm anti-block screen. Setting 3 seconds avoids some unauthorized access.

2. Whether to allow scraping

Check whether to allow information scraping in the page through “robot.txt” in the root directory of the other web page. Enter “http: // target site URL / robots.txt” in your browser to display the robots.txt protocol.

For example, Amazon is updated daily with various information such as prices and product ratings.

Is this site allowed to retrieve product information? Let’s access robot.txt in this root document. 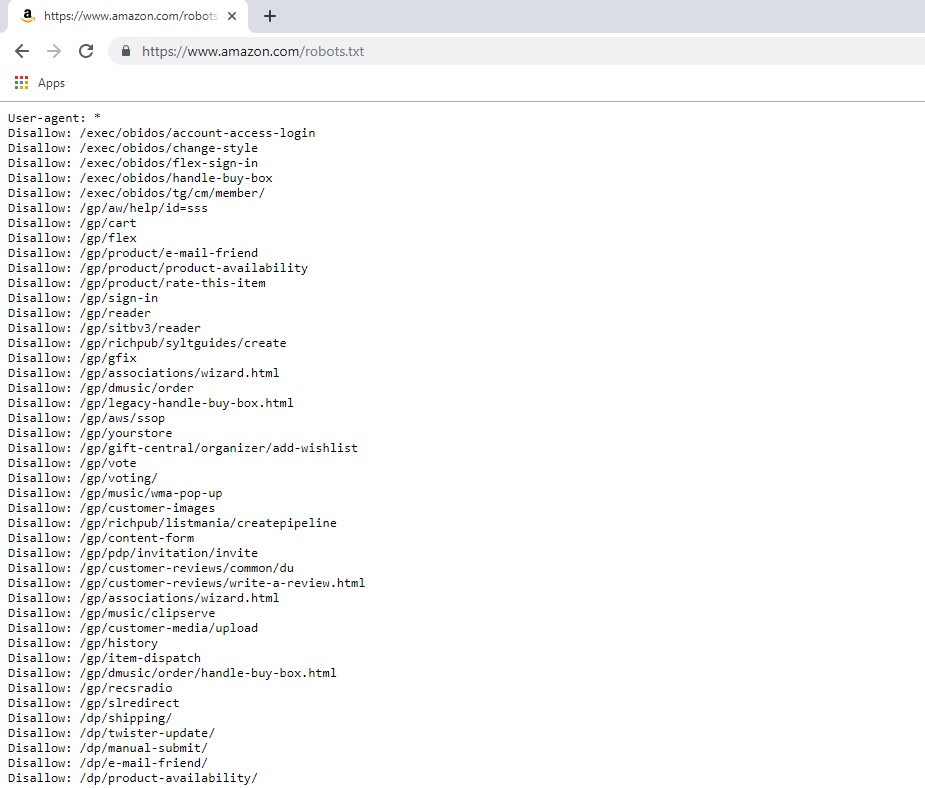 There are a lot of disallows, so scraping product information from Amazon wouldn’t be very good.

Don’t scrape malicious requests to avoid being arrested for the time being! Robots talk, follow the law and use scraping correctly.